We received a telephone call from RJF with the news that LP had found a Blyth's Reed Warbler at Belle Tout and this is just the third record for Sussex. Many thanks Richard for the telephone call.
We quickly made our way to Belle Tout and joined about 20 birders looking .It took around an hour before it showed well and everyone was well behaved and stayed a fair distance from the bird. It showed several times out in the open but it was very active and never stayed long in one place. I heard it sing on one occasion although it had been singing a lot more earlier.
As we were leaving a Hobby flew over Belle Tout.
Well done to Laurence for this excellent find on what is usually a very skulking bird. 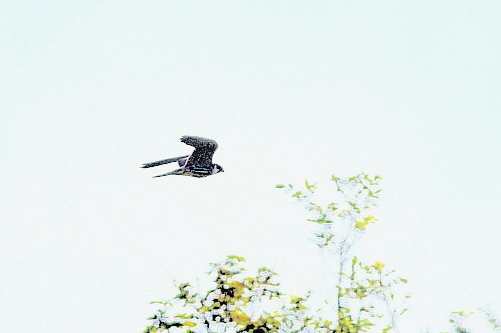 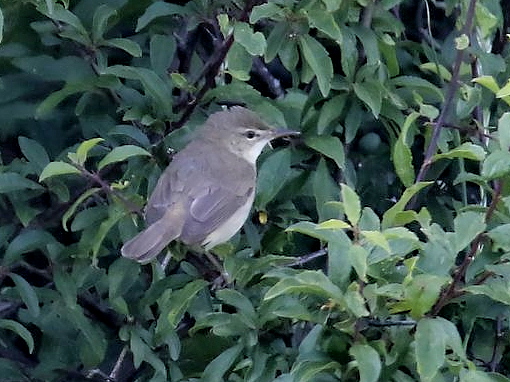 Taken by Matt Eade
Adult Blyth's Reed Warbler at Belle Tout clearly showing the short
primary projection
I didn't attempt to photograph the Blyth's Reed due to the distance I was from the bird, but I
attach two pictures of Blyth's Reed which I took during the Autumn on Unst. I also attach a picture of a Marsh Warbler which David has recently taken on Unst for comparison.
Blyth's Reed can be tricky to correctly i/d it as Marsh Warbler is very similar, both lack the rufous tones of a Reed Warbler being quite pale brown on the upper-parts. The most important pointer is the
short primary projection on Blyth's it is much longer on Marsh, also the greyish tips to the primaries
on Marsh. Marsh can Sometimes show just a feint pale yellowish tone on the underparts 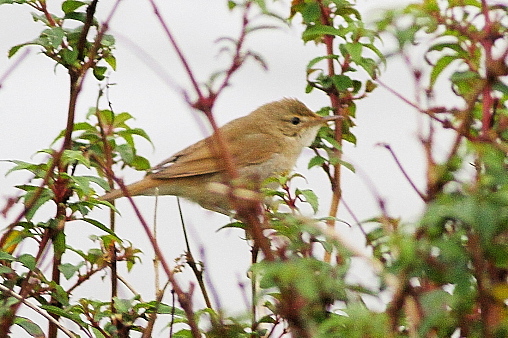 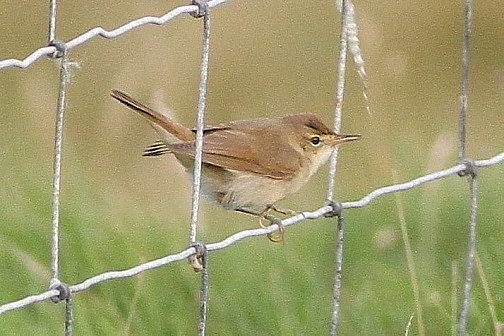 Blyth's Reed Warblers taken on Unst in September, clearly showing
the lack of rufous on the upperparts and the short primary projection,
dull legs and the second picture shows the banana posture which is
sometimes associated with Blyth's. 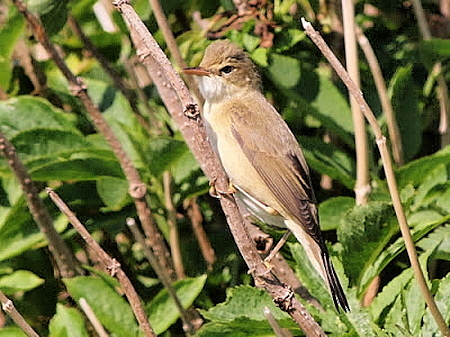 Adult Marsh Warbler taken by David Cooper on Unst
on the 15/6/2020.
This clearly shows the long primary projection and also pale
greyish tips to the primaries.