Our final blog on our two trips to Kenya. I have found it to be an enjoyable exercise remembering all the good birds and mammals and we saw in total 688 species of birds during the two trips, many of which we found and identified ourselves.
They really were the Good Old Days, unfortunately now long gone. 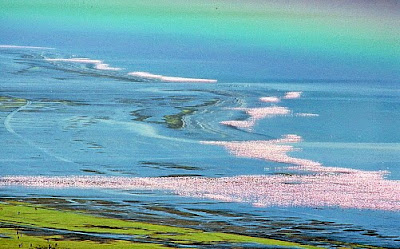 View looking down on Lake Nakuru
and the Lesser Flamingos. 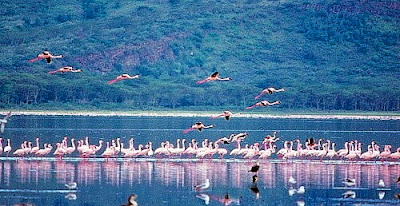 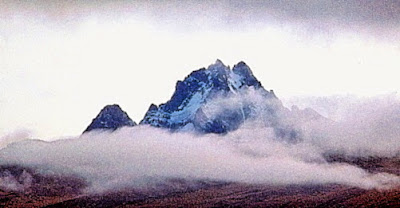 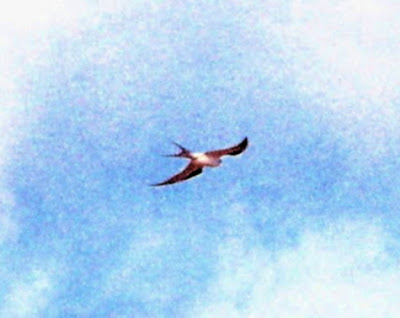 Poor record shot of an African Swallow-Tailed Kite
Chelictinia Riocourii
We were very fortunate in seeing 4 of this attractive Kite as we did not expect to see this raptor at all. Three were seen in the Samburu area and one on the drive to Maralal.
In Kenya, it is largely an Intra-African migrant but breeds locally at Lake Turkana. On the way to Maralal,we stopped briefly for a drink when we noticed the Kite flying over us. Just managed to obtain a record photograph as it was going away from us. 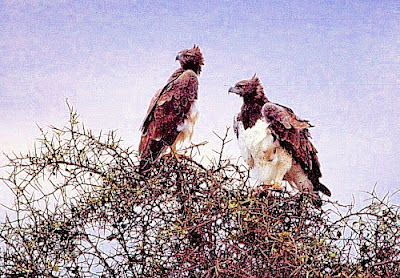 Pair of Martial Eagles
Polemaetus bellicosus
On our first trip we saw 3 of these fine Eagles including this pair which I photographed in Nairobi N.P. and on our second trip we recorded four. In Kenya, they are considered widespread and fairly common in open grassland and bush, mainly in drier areas. 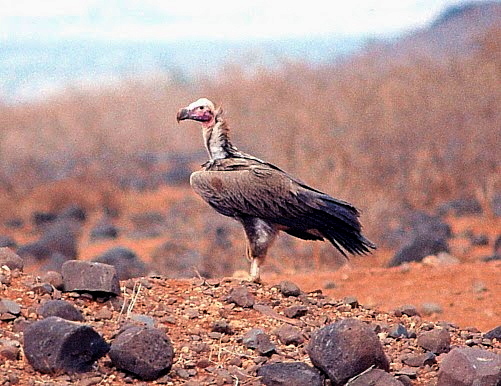 Adult Lappet-Faced Vulture
Torgos tracheliotus
In Israel, we spent several hours in the desert looking for a Lappet-faced Vulture but with no joy. They are of course a much rarer specie in Israel. In Kenya we were driving almost past this one,
they are considered widespread and fairly common resident of open plains and can be seen in all of their National Parks. On our first trip we saw 11, and on the second trip 9 different birds. 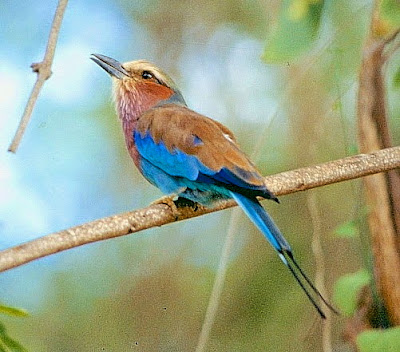 Adult Lilac-Breasted Roller
Coracias caudata
A beautiful bird and we saw good numbers during our two trips. Its considered to be fairly common and widespread in dry open bush and wooded habitats. 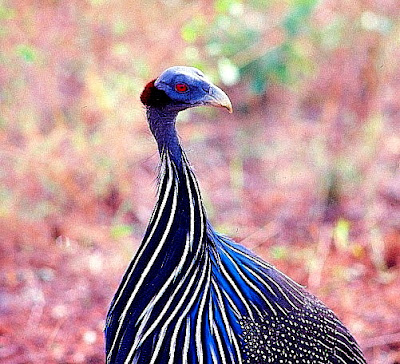 Vulturine Guineafowl.
Acryllium vulturinum
When we were driving along a sandy track in Samburu we were suddenly surrounded by a party of 50 of these amazing guineafowls they got all around the car and didn't seem to want to move on, at least I didn't need my telephoto lenses. They are locally common in dry bush and savanna in N. and E. Kenya also they are present along part of the coast. 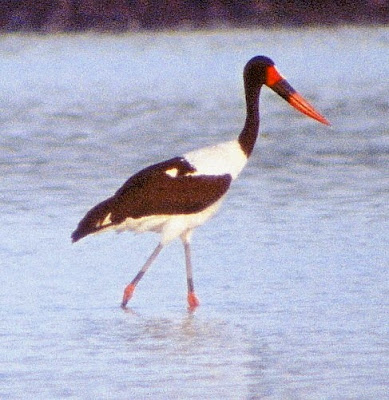 Adult male Saddle-Billed Stork
Ephippiorhynchus senegalensis
In Kenya it is considered to be a local and uncommon resident of permanent swamps and freshwater lakes. I can still recall our first an immature bird at Lake Baringo. We had further sightings at Lake Naviasha where the above photograph was taken, but we only saw odd birds on our second trip. An amazing looking Stork and very much on our must-see bird list.