With a Hermit Thrush being found at Porthgwarra yesterday, David, Richard and myself decided to try to twitch it today and we drove down overnight to be there at dawn. About one hundred other birders had the same idea but after 2 hours and no sightings things were beginning to look bad. It was then found from the road looking into the car park clump of bushes and was seen feeding on berries in an elder berry bush as well as feeding on the ground. Poor light and quite difficult to photograph and would disappear for quite long periods. 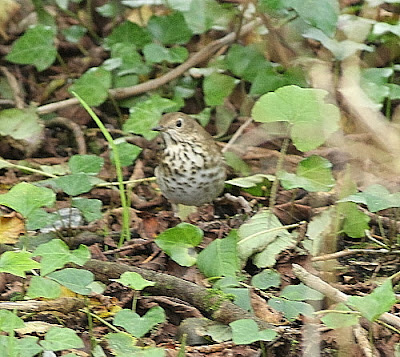 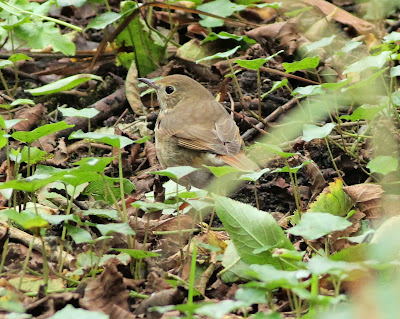 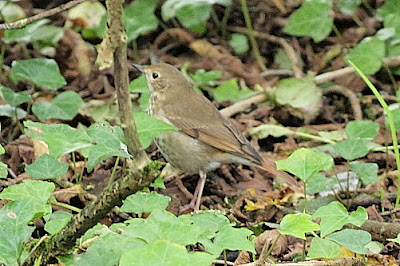 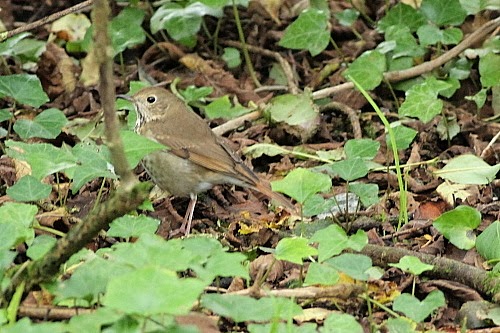 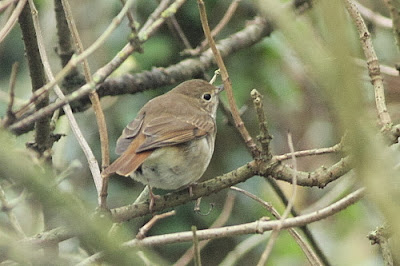 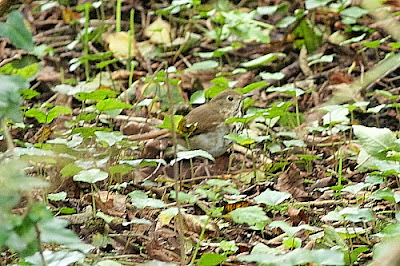 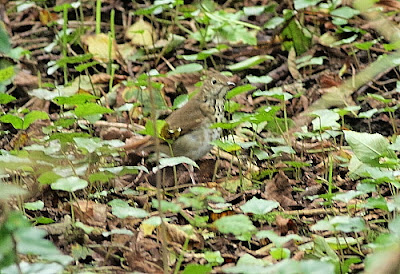 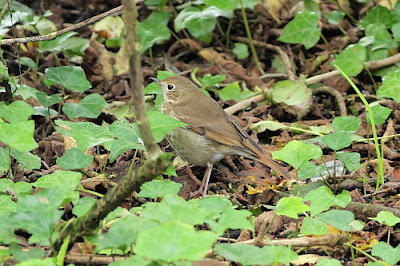 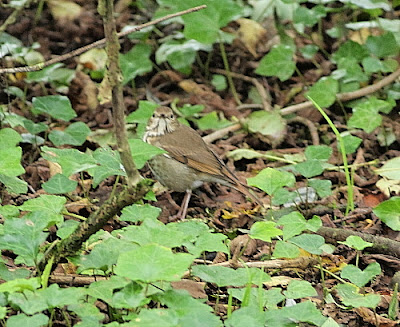 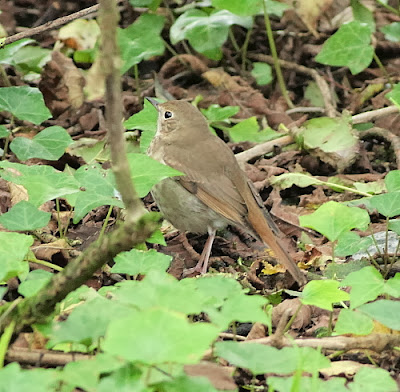 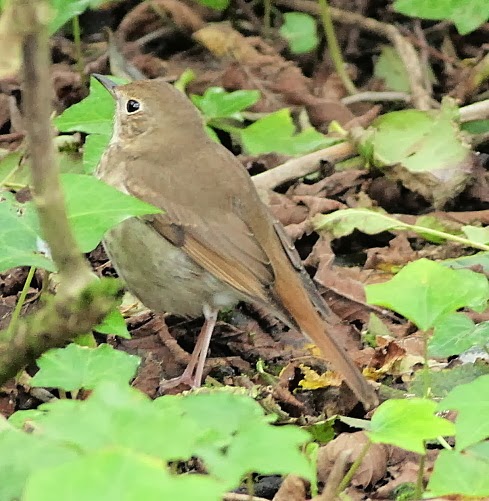